After a warm and cozy night at the private albergue Via Trajana at Calzada de Los Hermanillos, we set out on a glorious stretch of 2000-year-old Roman road. According to Brierley, this section was built to connect the gold mines of Gallaecia with Rome. Caesar Augustus used this road, as did Charlemagne, as did countless Christians and Muslims during the battles for supremacy. Millions of pilgrims have since used this path to walk to Santiago. 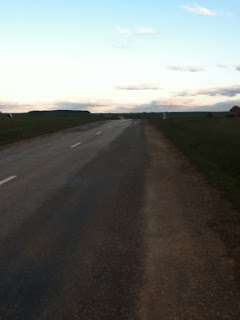 Entering the Roman road -- at first, it looked a bit like a gravel driveway... 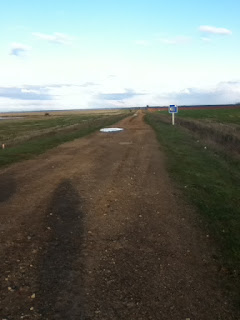 ...then the history shone through. Here we are, walking on the same stones that were set in place 2000 years ago and that were once trod upon by Caesar Augustus, Charlemagne, and millions of others. 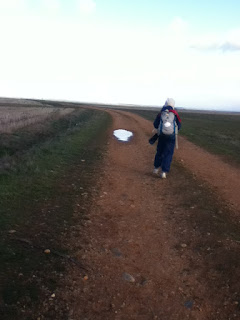 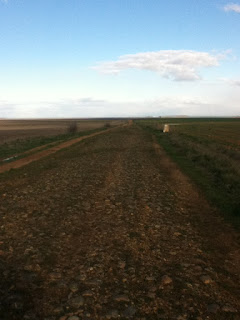 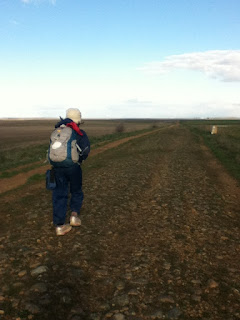 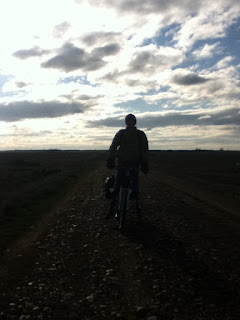 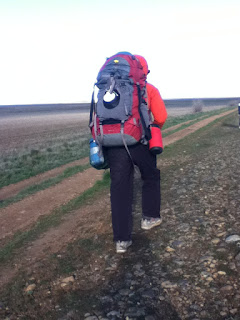 It was a glorious walk.

Closer to Mansilla de las Mulas, the road began to look a bit like a driveway again. 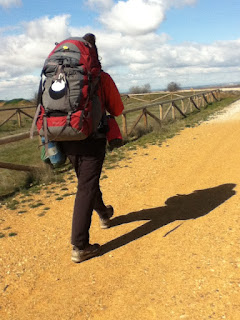 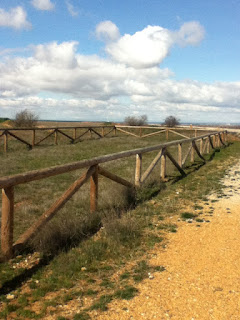 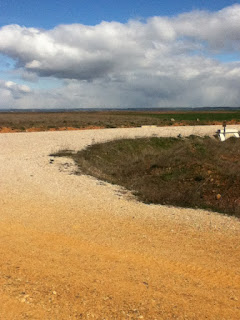 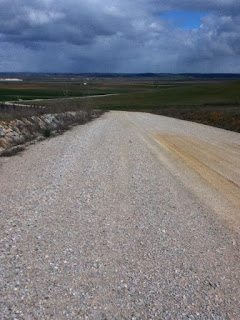 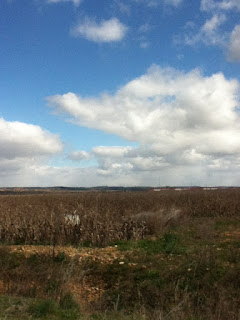 We're staying in the municipal albergue in Mansilla de las Mulas. It's charming, has everything a pilgrim could need, and is only five Euros a bed. The rooms hold six to ten people, which is exactly the right number for us (too many in a room usually means too much noise at night). There are many rooms spread out through several buildings, which is lovely...it feels like a small private albergue instead of a large public municipal. We took a room for six...so far we have only one other fellow besides us in there. The albergue itself seems rather full...lots of people roaming about, including five or six familiar faces.

We will soon meet a friend of Hugh's for dinner, then it's off to bed. Tomorrow we head to Leon.

- Posted using BlogPress from my iPad
Posted by Patricia Ellis Herr, Alexandra Herr, and Sage Herr at 9:41 AM